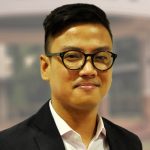 Currently serving as the Director of the NCPAG Publications Office, he is the author of “A Veto Players Analysis of Subnational Territorial Reform in Indonesia”, an article published at the Asian Politics and Policy Journal. He is a co-proponent with Dr. Kristoffer Berse of the research project entitled “Analysis of Sister-City Relations in the Philippines: Implications on Disaster Risk Management and Local Economic Promotion”, which was funded by the UP Center for Integrative Development Studies in 2015. Dr. Tumanut also authored the “Transformation of Dalaguete, Cebu: Evidence from the Social Integration of the Low and the Weak (SILAW) Program” published by the Center for Local and Regional Governance (CLRG).