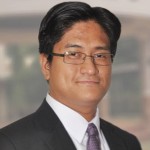 He previously served as the Interim College Secretary and Director of the Center for Public Administration and Governance Education (CPAGE). He previously worked as a University Researcher at the Center for Local and Regional Governance (CLRG) in NCPAG and was involved in numerous researches and trainings on local government concerns.

Professor Flores also worked as a Junior Technical Staff at the Development Academy of the Philippines (DAP), where he was involved in several projects related to national government reforms, particularly in the education and administrative sectors. He co-authored a chapter in the book Urbanization in Southeast Asia: Issues and Impacts as well as in the publication Public Sector Reform in ASEAN Member Countries and Korea. He also contributed two chapters in the book Reinventing Local Government in the Philippines: The Makati Experience.

He is the current Director of the Center for Leadership, Citizenship and Democracy (CLCD).