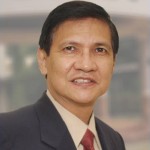 Having earned his bachelor’s, master’s and doctorate degrees all from the University of the Philippines, Dr. Reyes also received a Diploma in Managing the Development of Public Sector Activities from the University of Aston in Birmingham, United Kingdom. He also did his fellowship studies at the Maxwell School of Citizenship and Public Affairs of the Syracuse University, New York in the United States.

He has published papers on public administration, public sector reform and other issues in different local and foreign publications. He is co-editor of Introduction to the Study of Public Administration in the Philippines: A Reader (2003 and 1993) and Public Administration in a Changing National and International Environment (1989). His recent works include The American and Philippine Administrative Traditions: Profiling Contexts, Parallelisms and Contrasts (2011). He also co-edited the book Reinventing a Local Government in the Philippines: The Makati Experience (2011).

He is a member of the Board of Directors of the Philippine Society for Public Administration (PSPA), where he also serves as the Treasurer.