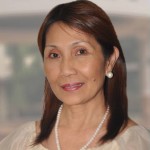 She served as Dean of the National College of Public Administration & Governance from 2010 to 2013 and as the Director of the UP Center for Integrative and Development Studies (CIDS). She was also the Vice President for Public Affairs of the University of the Philippines under the administration of UP President Alfredo E. Pascual, succeeding Dr. J. Prospero E. De Vera III who had been appointed as Commissioner of the Commission on Higher Education (CHED). She is currently the Director of the UP Diliman Extension Program in Pampanga (UPDEPP).

She has also been a lecturer at the School of Government of Ateneo de Manila University since 2005 and was a faculty member of its Loyola Schools in 1993 and in 2005-2006. In 2010, she was elected ashead of the Political Science and Public Administration Section under the Social Sciences Division of the National Research Council of the Philippines (NRCP).